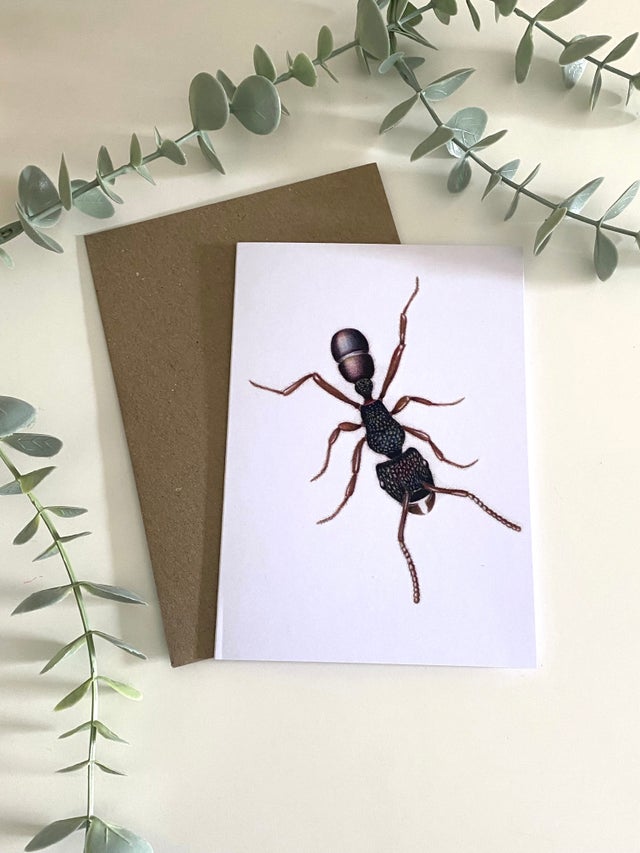 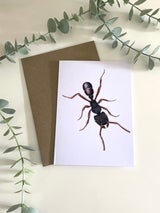 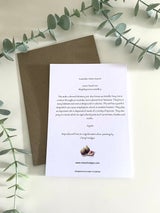 Reproduced from an original watercolour painting by Cheryl Hodges

Text on reverse of card reads:

This multi-coloured shimmery ant, also known as Metallic Pony Ant is common throughout Australia, but is absent from Tasmania. They live in many habitats and nest underground in colonies. The ant has a painful sting which can cause anaphylactic shock in sensitive humans. They play an important role in dispersal of seeds of a variety of species. They also prey on insects which are agricultural pests such as termites, beetles and moths.