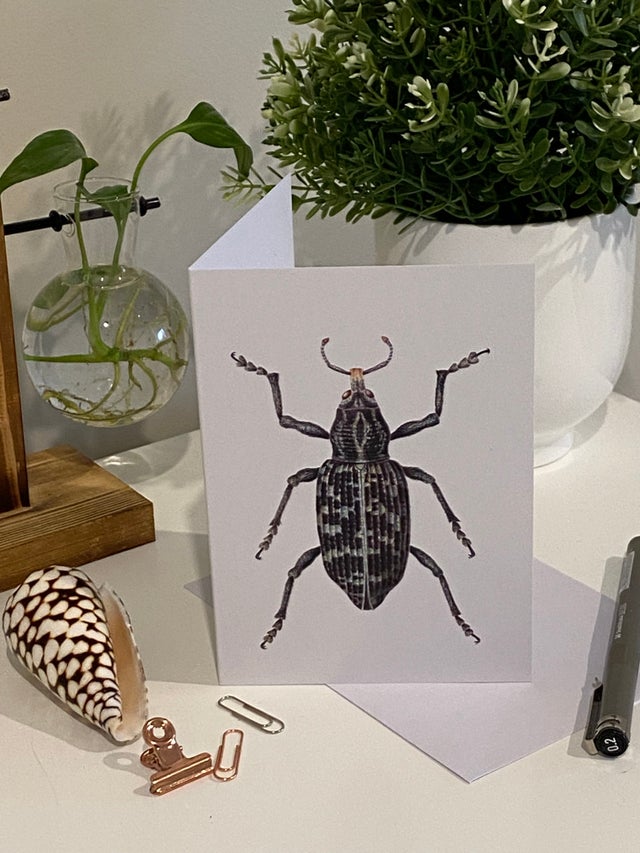 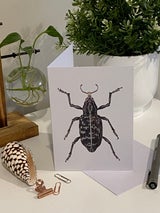 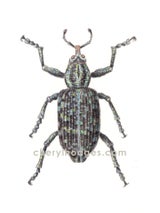 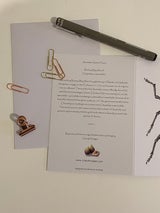 Reproduced from an original watercolour painting by Cheryl Hodges

Text on reverse of card reads:

during their voyage on the Endeavour in 1770, and became one of only five

insects collected. This was the first Australian insect officially described,

spectabilis - spectabilis translating to admirable or remarkable, because of its

beautiful iridescent blue/green scales. In 1817 the genus was transferred to

This weevil occurs in the eastern and southern states of Australia, and